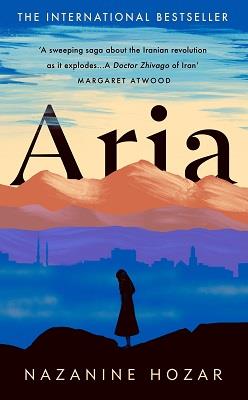 THE INTERNATIONAL BESTSELLER''A sweeping saga about the Iranian revolution as it explodes . . . a Doctor Zhivago of Iran'' Margaret Atwoodbr>_____________________________________In Iran, 1953, a driver named Behrouz discovers an abandoned baby in an alleyway. When he adopts her, naming her Aria, he has no idea how profoundly this fiery, blue-eyed orphan will shape his future.As she grows, Aria is torn between the three women fated to mother her: the wife of Behrouz, who beats her; the wealthy widow Fereshteh, who offers her refuge but cannot offer her love, and the impoverished Mehri, whose secrets will shatter everything Aria thought she knew about her life.Meanwhile, the winds of change are stirring in Tehran. Rumours are spreading of a passionate religious exile in Paris called Khomeini, who seems to offer a new future for the country. In the midst of this tumult, Aria falls in love with an Armenian boy caught on the wrong side of the revolution. And before long she will be swept up in an uprising which will change the destiny of the land - and its people - forever.br>___________________________________''Sweeping, cinematic and oh-so-gripping'' Sunday Telegraph''Leaves you simultaneously heartbroken and full of hope'' Sunday Times''Nazanine Hozar''s immaculate first novel marks the arrival of a major new voice'' Observer''Spellbinding'' Mail on Sunday''A feminist odyssey'' John Irving>