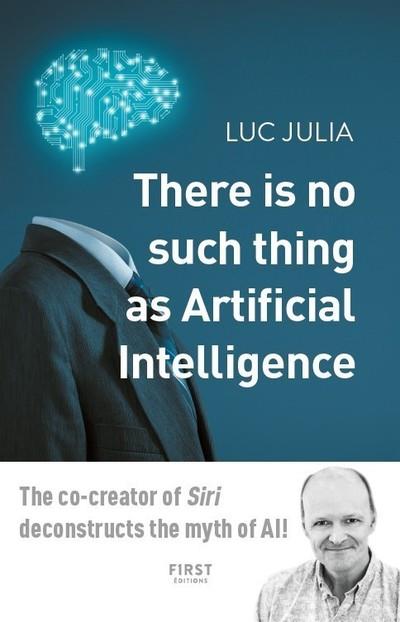 There is no such thing as artificial intelligence (préface de Jean-Louis Gassee ; édition en anglais)

Don't understand anything about Artificial Intelligence (AI)? Afraid that devious robots will take over the world? Interested in what AI and new technologies can do but want to hear another side to the story? This book is for you.

It all started in 1956 at the Dartmouth conference, when John McCarthy persuaded his colleagues to use the term «Artificial» Intelligence to describe what was then only a twenty-year-old discipline, which began when Alan Turing proposed his automata theory. All the fantasies and false notions we hear about AI today come, in my opinion, from this unfortunate choice of term. What is intelligence anyway? Turing himself acknowledged that it was far too difficult to define.

In this book, I invite you to follow me from my small village near Toulouse, France, to the Silicon Valley, chasing after this infamous idea of «Artificial Intelligence» about which we hear so much nonsense and false promises, to understand what it is exactly and to explore what it could bring us in the future.